Land Rover Live is a responsive content hub, originally conceived as the digital component to a larger strategic pitch win whilst at Lean Mean Fighting Machine. My role was leading the UX and design initially for the pitch itself where we designed the basic structure for the site and built a prototype demo. The core component of the Hub is the side bar navigation drawer, which allows users to seamlessly navigate across all of Land Rover’s sponsorship and campaign content.

Using an agile development process we created iterations of the site whilst the editorial team began to create original content. My role after the pitch was to oversee the UX, design and build working with a small but talented team including Joe Burke(Designer) and Fraser Hobbs(Dev). We also went on to build campaign components such as Hibernot and a social media analytics dashboard. 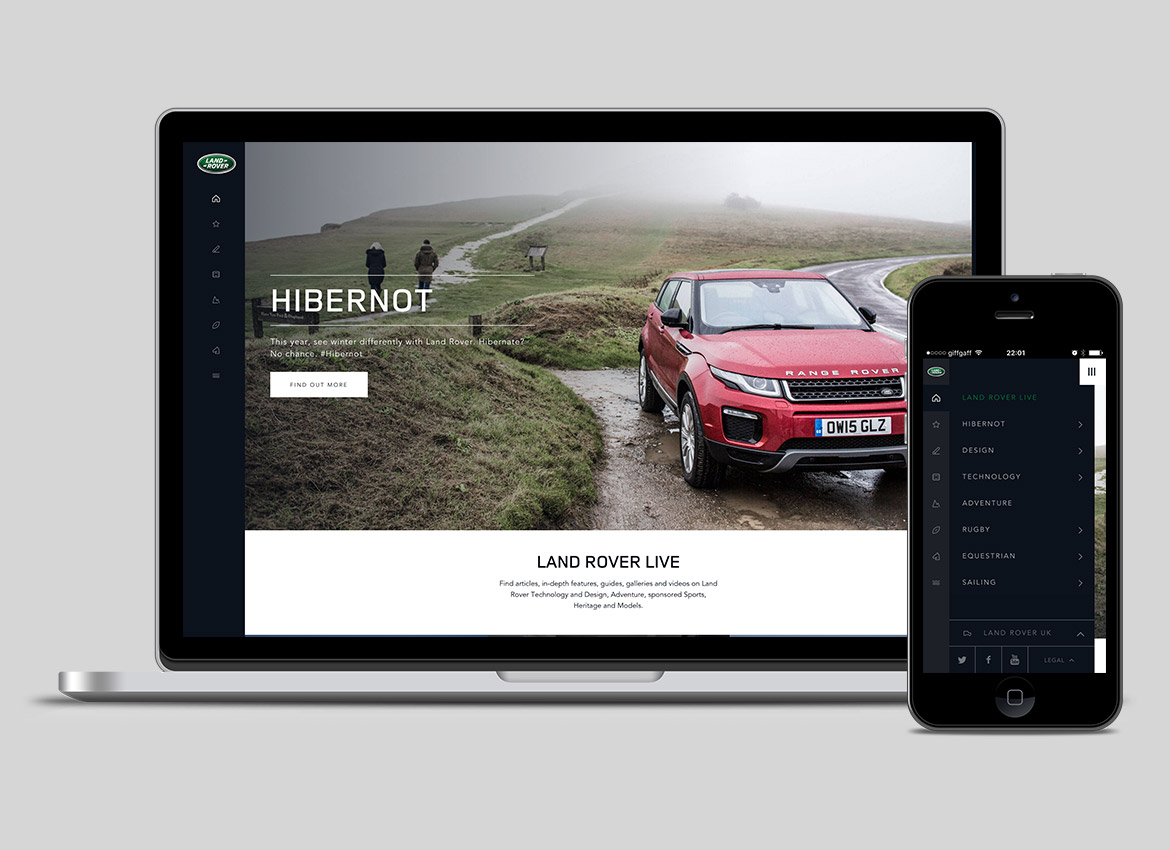 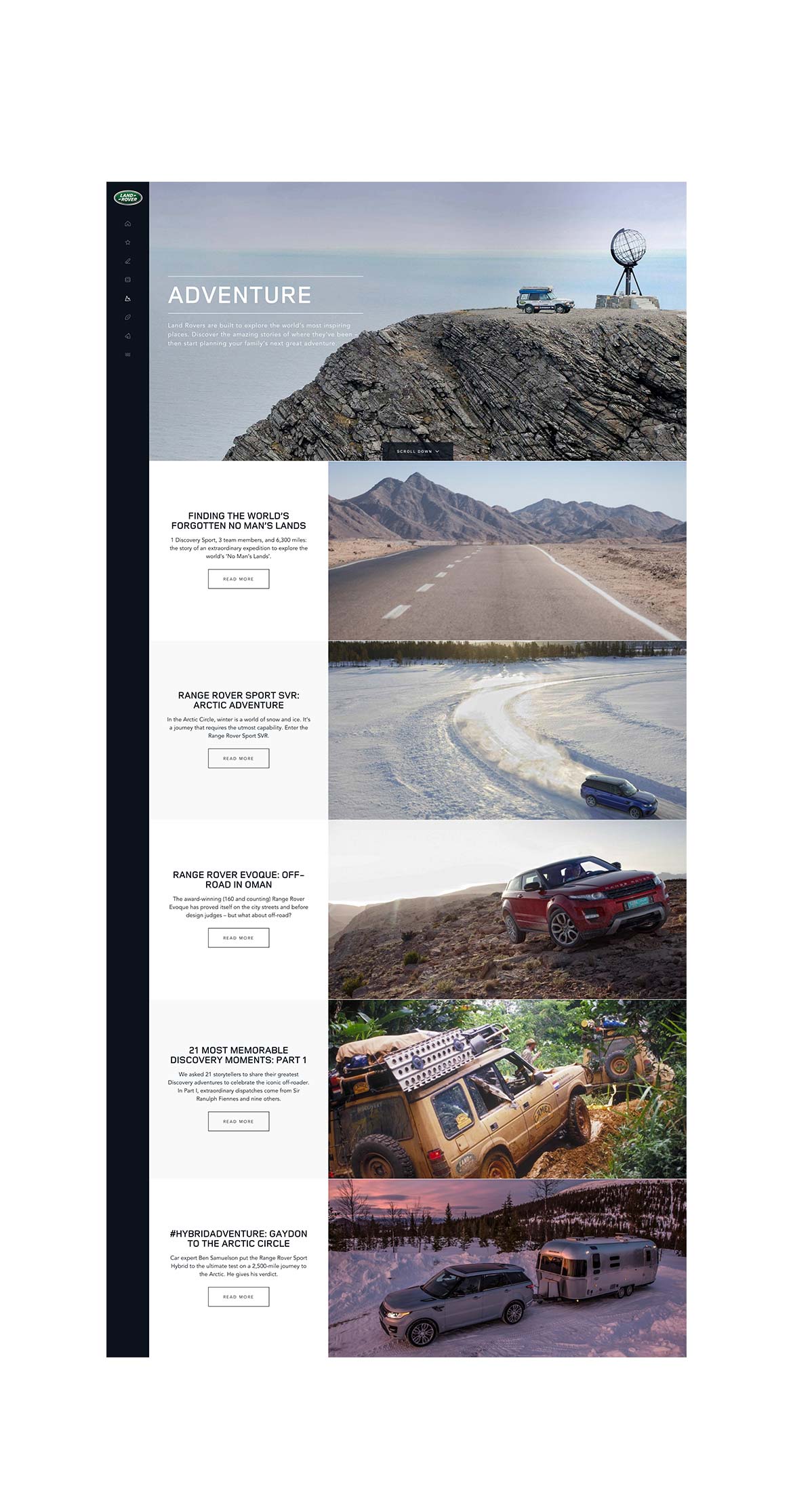 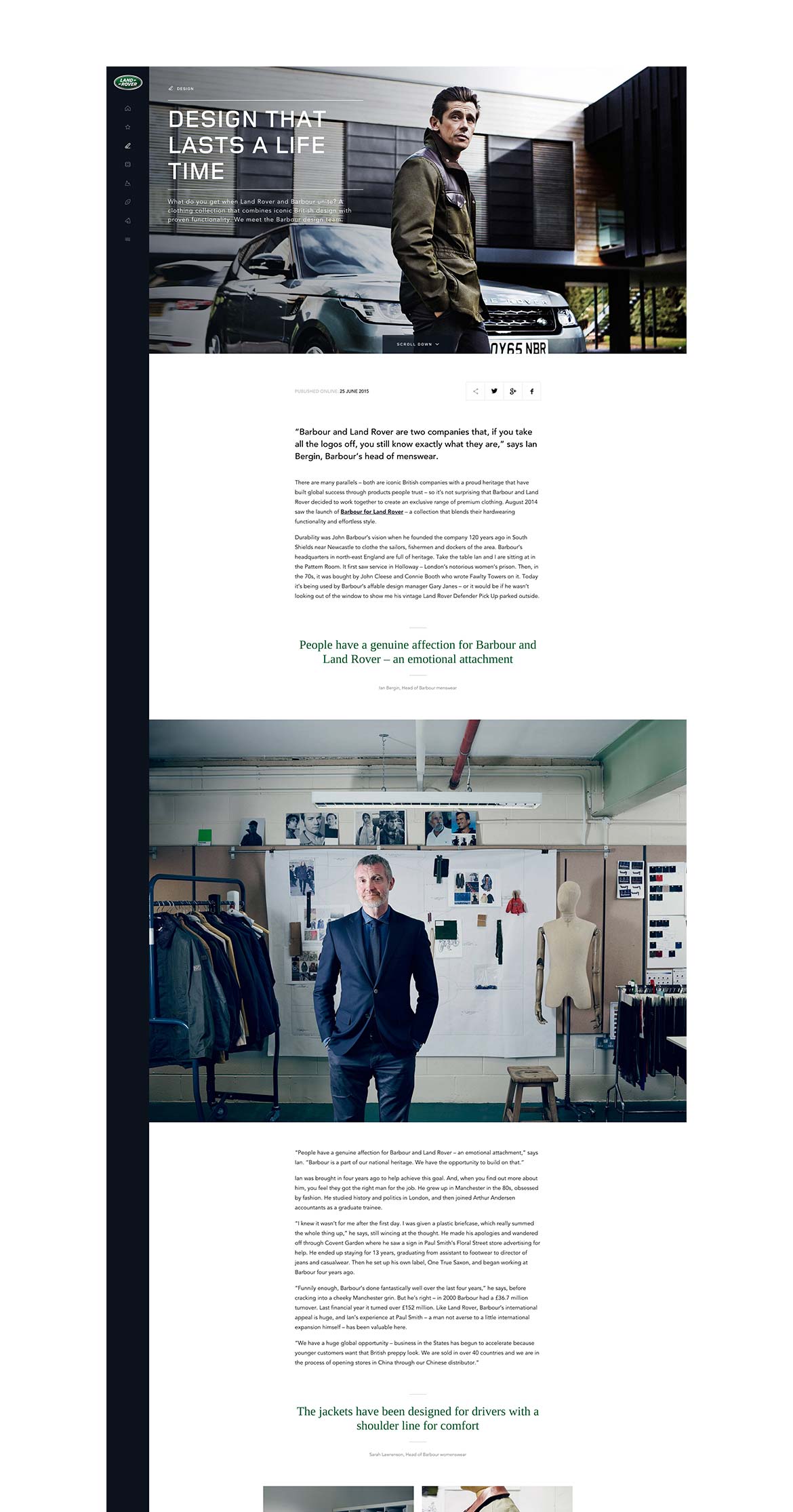 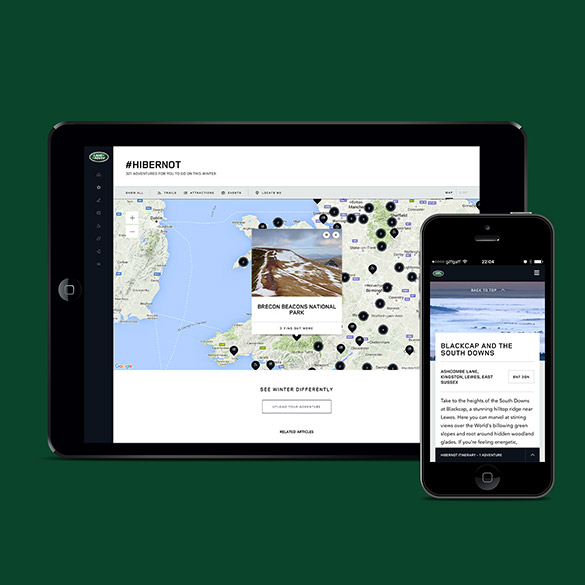 The Hibernot campaign allowed users to plot their favourite seasonal locations and download an itinerary of new places to visit during the winter months. 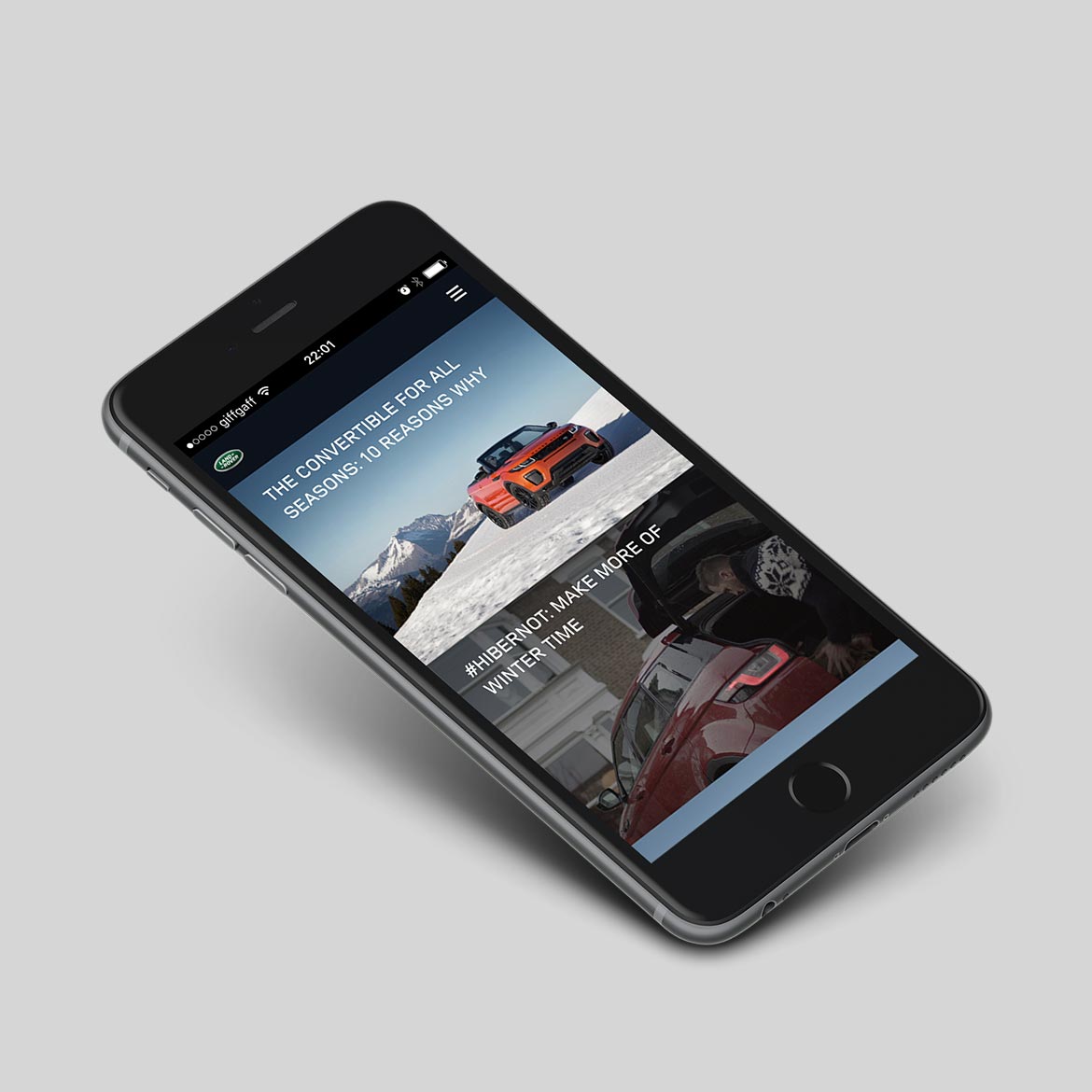 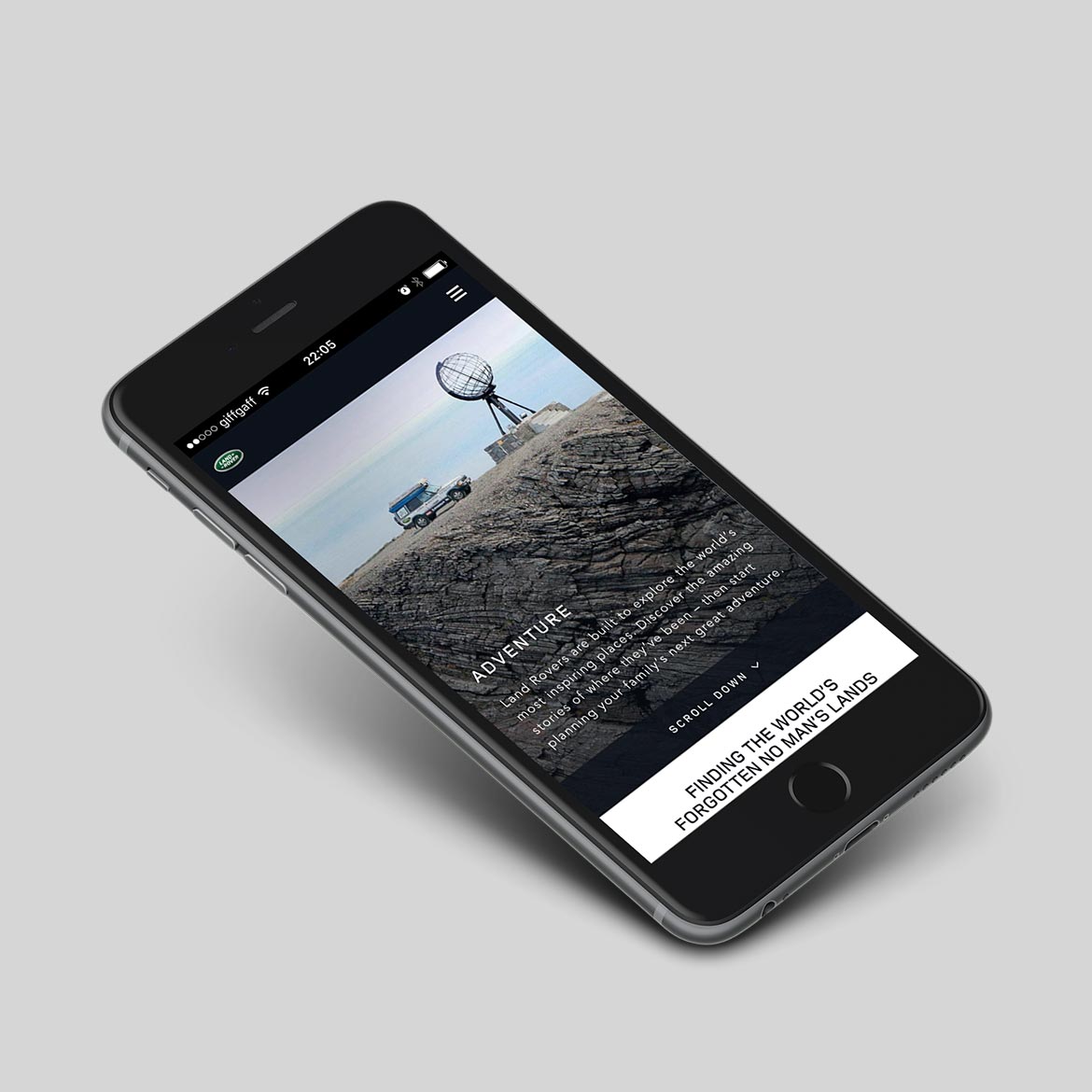 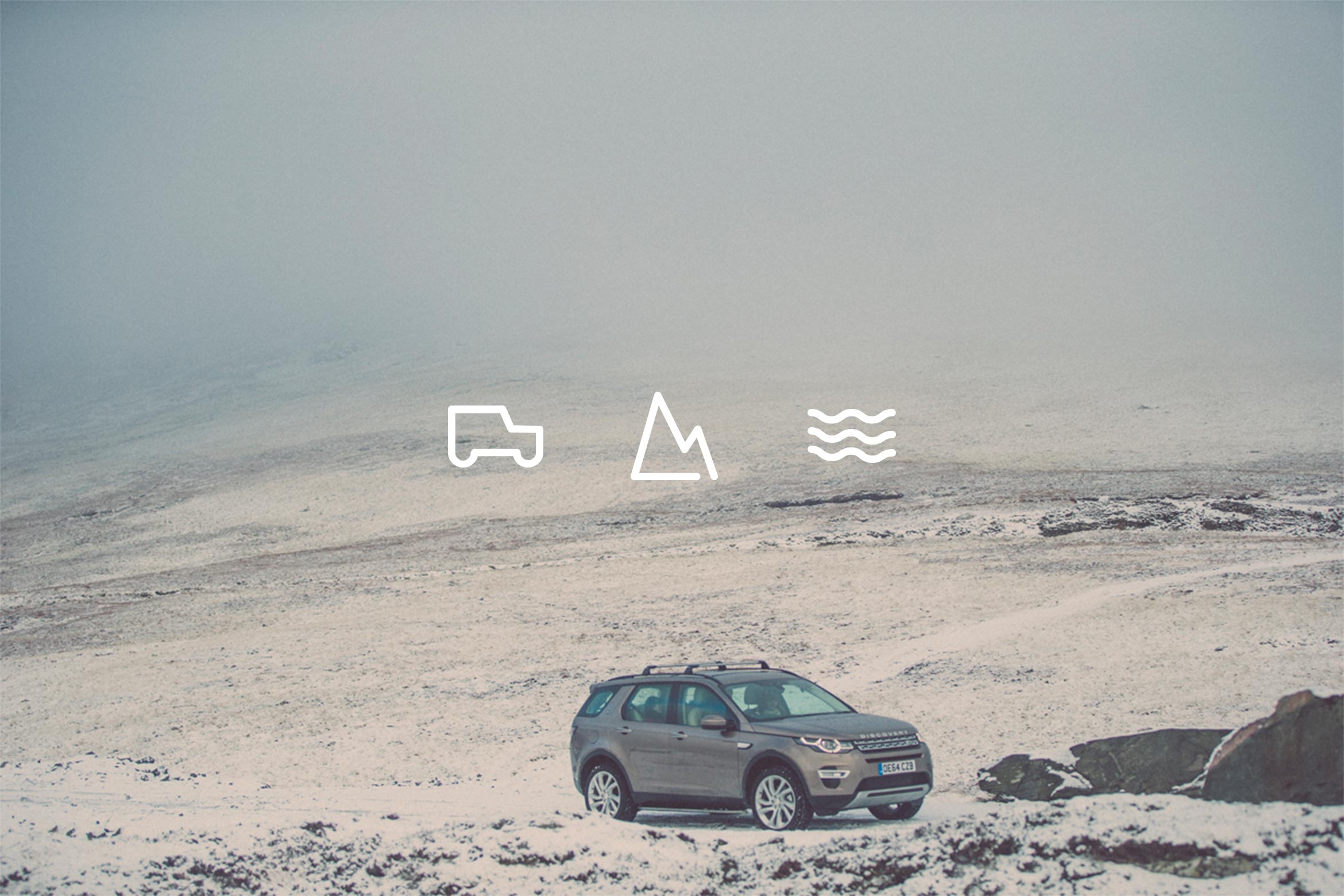 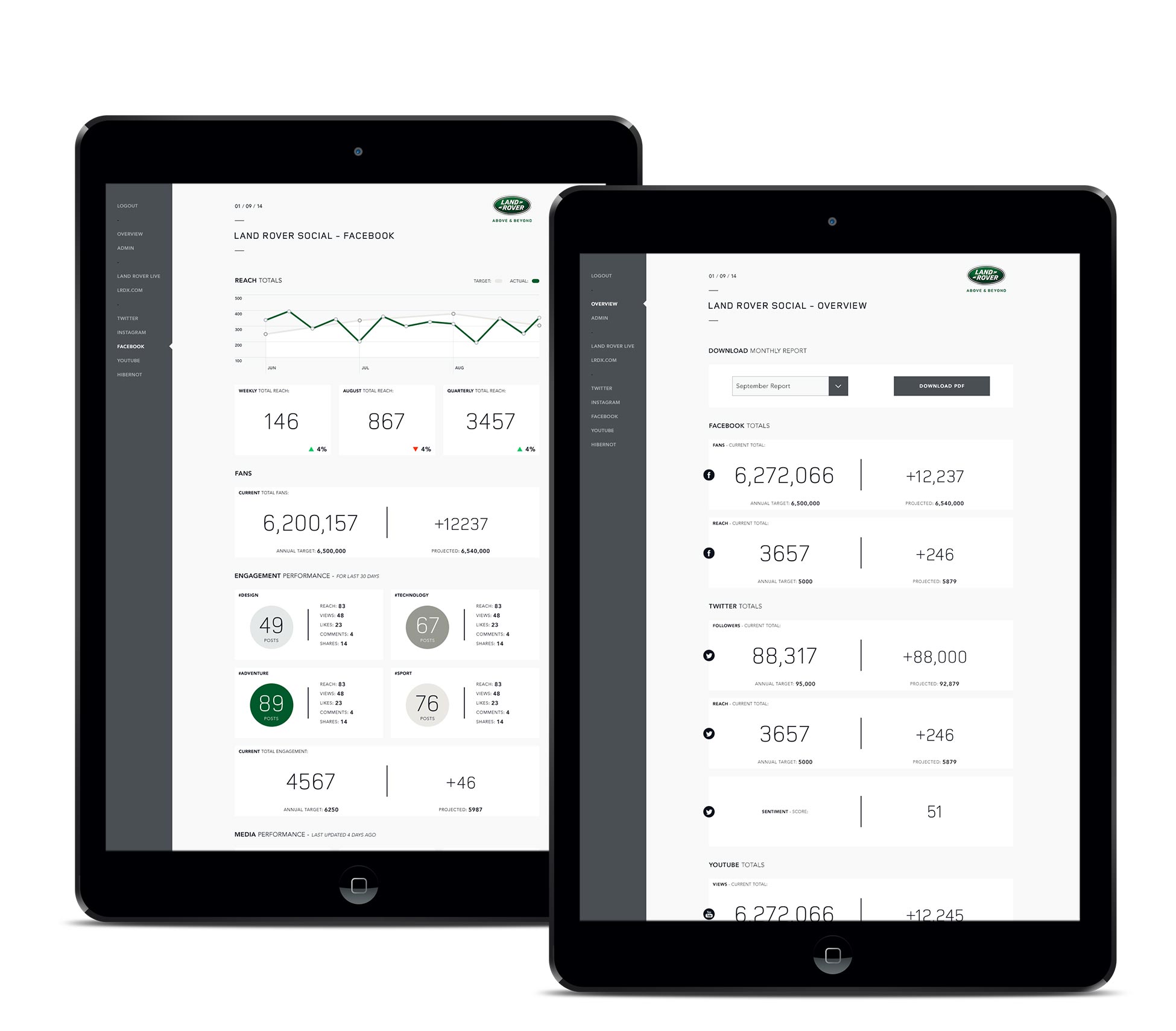